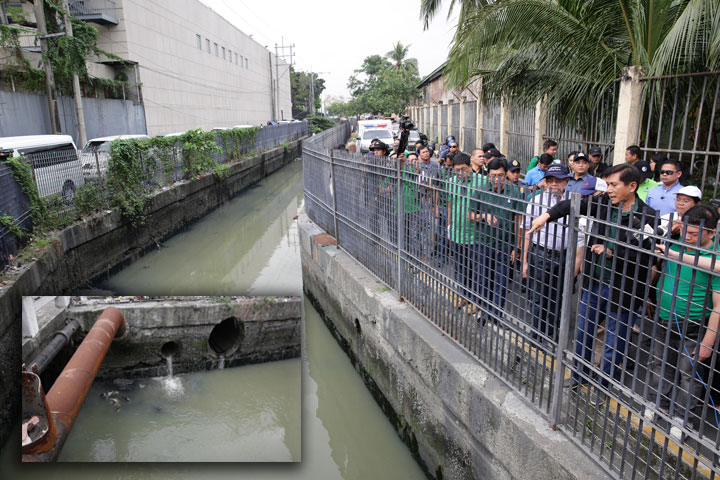 Environment Secretary Roy A. Cimatu inspects the Estero de San Antonio de Abad in Malate, Manila which drains to Manila Bay. The inspection of the estero is part of the forthcoming rehabilitation of Manila Bay which has been approved by President Duterte. Manila Bay has a fecal coliform level of 330 million most probable number (mpn) per 100ml against the standard 100mpn/100ml. Cimatu said identifying the sources of untreated wastewater that leads to Manila Bay is vital to restore it to Class SB level which means it is fit for swimming and other forms of contact recreation.